Flying Fords & The Beginning of Aero

Part of the perks of what we do here at Slip&Grip are that we get to see some legendary machines up close and personal. The evolution of the Mk1 Focus on the world rally scene saw a vast change throughout its WRC career with weight loss and vast aero packages resulting in a very capable, rally winning car. From memory, talking with owners whilst testing at Bont Stage over the past few seasons, only twenty something 03-05 cars were made, one of which was built from M Sport spares at a later date. We have had six of these cars use the stage in the past 18 months and seeing them run on the tight Welsh tarmac is a wonder to behold, anti-lag noises echoing off the hills.

Michael O’Brien is custodian of this particular 2005 Ford Focus WRC and still uses it in anger. We caught up with Michael and the rest of his team for shakedown prior to the Tendring & Clacton Rally where along with co-driver Mark Glennerster. The crew achieved a top ten overall against some much newer machinery and some very fast drivers.

Its common for drivers who test with us to own multiple rally cars, after all if you were an avid rally fan with the funds to cover several cars, you would too right? I ask if he owns any other cars, instant pride reflects in his face as he lists of an ex- Markko Martin 03 Focus WRC, the ex-Andreas Mikkelsen 05 car we have here (Chassis #22), a 07 Focus WRC previously driven by the likes of Mikko Hirvonen, Mathew Wilson, Marcus Gronholm and Ken Block, as well as finally a Fiesta world car. 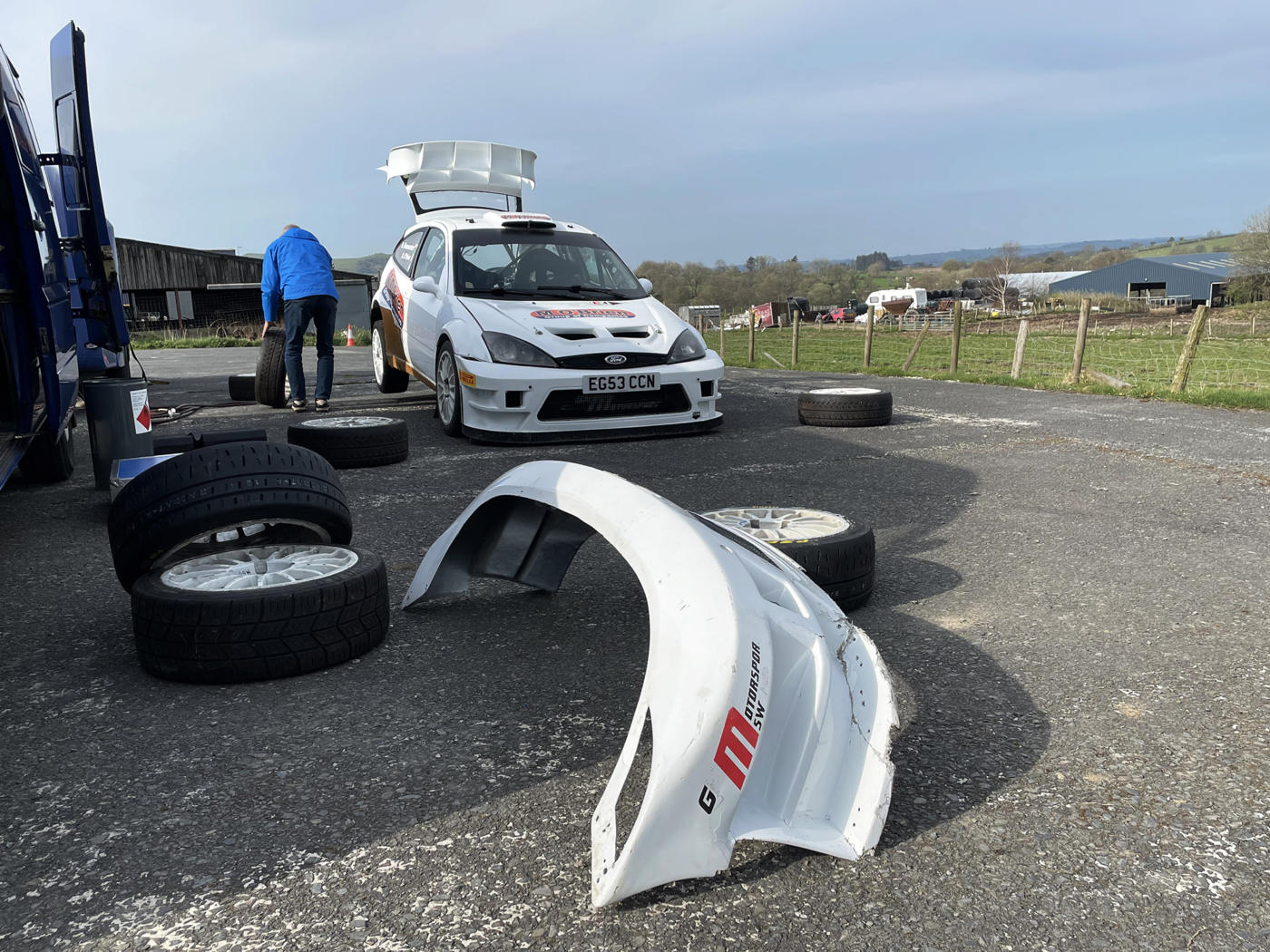 Michael’s true passion for Ford and rallying is explained when he says that he often prefers to take the older cars out for rallies to show them off to the crowds instead of focusing on always being the fastest in his latest Fiesta. With entry lists jam packed with R5, Rally4 and Escorts, we as fans tend to agree. We all know the feeling of seeing something special blast past in the forests or on a closed road, those hairs standing up on the back of your neck as the smell of 102 octane and hot brakes breezes by. For those drivers like Michael still bringing out iconic cars, we thank you. As we reflect on these types of cars it is a sad thought that many are being stashed away in collections as values rocket in recent years. Even the thought of seeing them only at show events and not on proper rallies makes us die a little inside.

Ford being part of that first nod to improved Aero on WRC cars as well as interesting attempts to further performance with the likes of their purge tank system mounted in the rear bumper of earlier cars before it was outlawed, give the Focus a firm spot in the hall of rally legends.

As previously stated, Chassis #22 was an ex-Mikkelsen car being campaigned from 06-08 with the driver entering 16 rallies all over Europe. In its career, the car has seen 110 event starts and 53 podiums. Michael himself also has a long past in the driver’s seat with 139 starts, 15 overall victories and 30 class wins as well as taking the 2013 Ireland Forestry Championship in his 08 car. 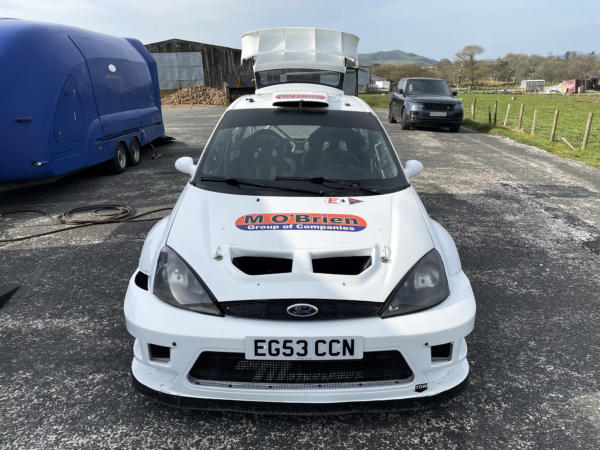 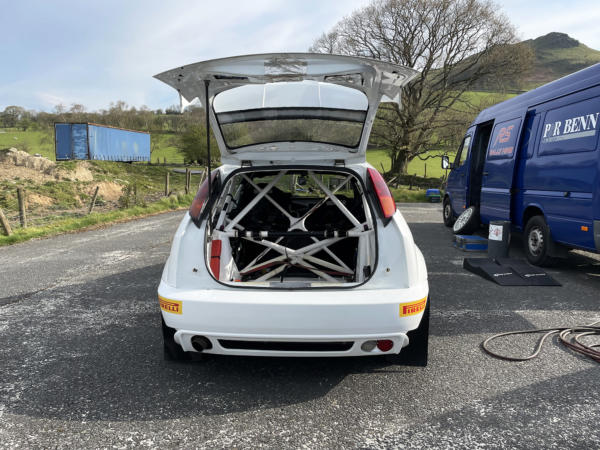 We rarely take the opportunity to take a seat in the silly side of a car testing at Bont, but having had the opportunity to jump in with another Irish driver in the form of Niall Moroney and his WRC Impreza in 2021, it would have been a shame not to jump in the Focus to compare the two from the passenger seat. As expected, a smile was produced for the whole run from ear to ear, even from the passenger seat you can feel how much shorter the Ford is over the Subaru as it tucks in and out of corners. But both retain that relentless pace that a WRC car offers over a full stage, displacing your innards with its staggering braking and grip.

During testing I suggested it would be a spectacle to get his full collection of world rally Fords to the stage all at once. Michael teased the crew about it and they were not sure on the idea of hauling four cars to the heart of Wales in one go, but maybe one day we will get that special opportunity to feature them all at once.